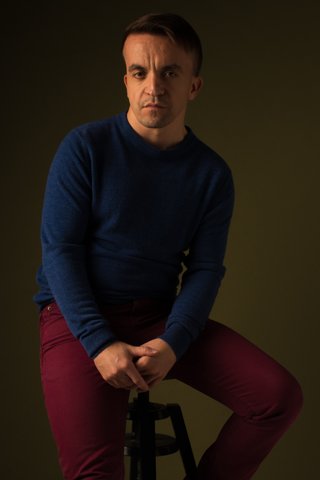 5'2 tall, bit weird guy who doesn't take anything too serious because... WHY SO SERIOUS?

I came to London in 2006 to pursue songwriting but, living in a world without social media (there was no Facebook, Twitter, or Instagram back then) and no way to meet people, that faded away and 3 something years after my arrival to London I found myself on a set of one of the biggest movie franchise: Harry Potter and that's where my film journey began, from meeting people on set I would collaborate with, in the upcoming years to getting some small parts in commercials, TV and other film projects.

I have also written several episodes of 4 different web series, a few short films and most recently a dark comedy feature film TRUST ME IF YOU CAN.